Magic Squares are very, very old they originated in India and China.
In Europe appeared the first Magic Square thanks to the painter Albert Durero who five centuries ago (1514) he made his famous picture Melancholy where on a house wall under a bell, in the background, can be seen the magic square.
The Natural order of this 4x4 magic square was changed by Albert Durero himself, in order to have the digits 15 and 14 in the middle of the bottom horizontal line forming the year that the picture was made (1514). 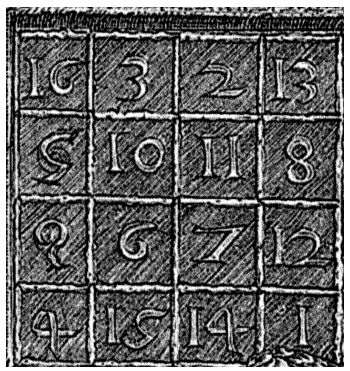 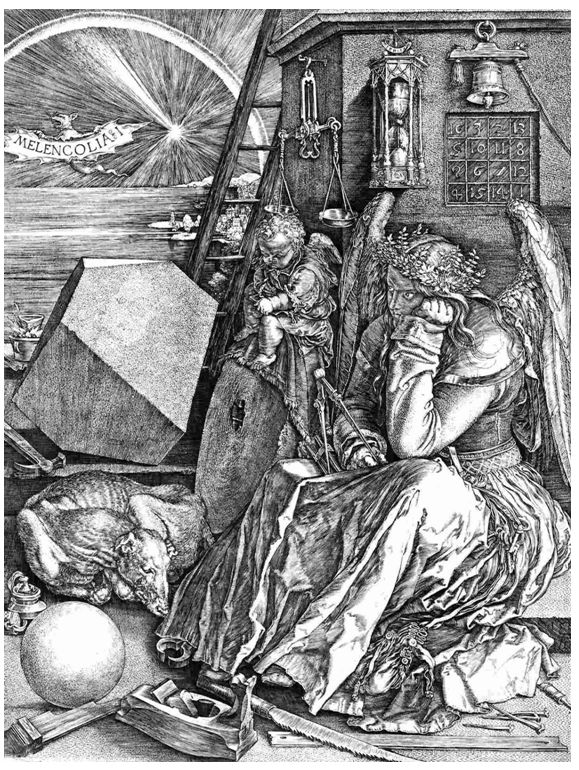 History and future of the FOZ Magic Square

FOZ is a lovely village in the cost of Lugo (Galicia, Spain)
This is the place, my wife home village, where we spend the summer, now that she and I are both retired, enjoying the benign climate, beautiful beaches, and lovely routes that surround the cost, as well as enjoying the excellent Galician traditional cuisine.

It was here in FOZ, where this magic square was born, when I was playing with 16 coloured magnets in the fridge door in my kitchen, I realise that a 4x4 square could be formed with four colours in such a way that not a colour was repeated in any of its horizontal lines, vertical lines and diagonal lines
I then remembered the magic squares that my father taught me as a child…

I put the same four colours in the sixteen numbers of the 4x4 magic square and I was amazed to see that NOT a colour was repeated in any of the groups of four numbers that add up the same (34).
I realised what this innovation meant, as it could be used on the traditional Spanish deck of 48 cards. Furthermore I saw the educational potential, that this magic square could be used not only as entertainment. Since then because it was born in FOZ I named it with the name is known today El Cuadrado Mágico de FOZ, (The FOZ Magic Square).

For the first time, during the summer of 2013 I made a public Mathe-Magic Presentation of “The Wizard of FOZ” in the school Martinez Otero in FOZ, where the children too were able to do magic, “guessing” the cards using logical deduction and arithmetic.

This first presentation was reported in the newspaper, “El Progreso”, where I was potrayed as a Mathe-Magician, as it is true that with mathematics magic can be made and this is the very motivation that inspire the children to learn more from numbers and practice their addition skills, something that unfortunately nowadays with calculators, computers are not taught as much as in the old days.

I have also done this presentation nine times in four schools and also two times in old people´s home in FOZ.
As long as I have the time, I am available to do this same presentation “The Wizard of FOZ” for the benefit of any group of people interested (schools, clubs, leisure associations, etc) and also I am willing to teach, specially to teachers working with children how to do this Mathe-Magic Presentation

There are now some home-made videos and photos in these pages that illustrate this Presentation.

I intend to add this text in French and possibly in Japanese too.

Regarding the Japanese I have a very curious historical anecdote regarding the Spanish deck of cards.

Very soon, as the Japanese workers missed their gambling addiction and entertainment that these cards gave them, as they wanted to continue playing but the Spanish cards were now illegal, they decided to change a little the design of the Spanish cards, so with this “new deck of cards” as it was no longer the same as the Spanish cards they were able to play legally.

Soon, as the Japanese Authorities saw that yet again the Japanese workers were spending too much time playing cards, neglecting their work, they passed a new law forbidding the use of this new deck of cards…
And the Japanese workers, changed the design of the deck of cards yet again making it into a different deck, to which the Japanese Authorities responded with another ban… and this process was repeated several time in which the cards were transformed each time… so much so that now the Japanese nowadays have a deck of cards of 48 cards that originated from the Spanish cards.
(This is the only thing similar, the number of cards (48). The Japanese deck of cards is named HANAFUDA (HANA means flower and FUDA means card), but the curious thing is that there was so many changes (in order to be able to gamble)… that now HANAFUDA has 12 suits (12 different flowers) and each suit has 4 cards, the other way round from the Spanish cards that has only 4 suits and each suit has 12 cards.